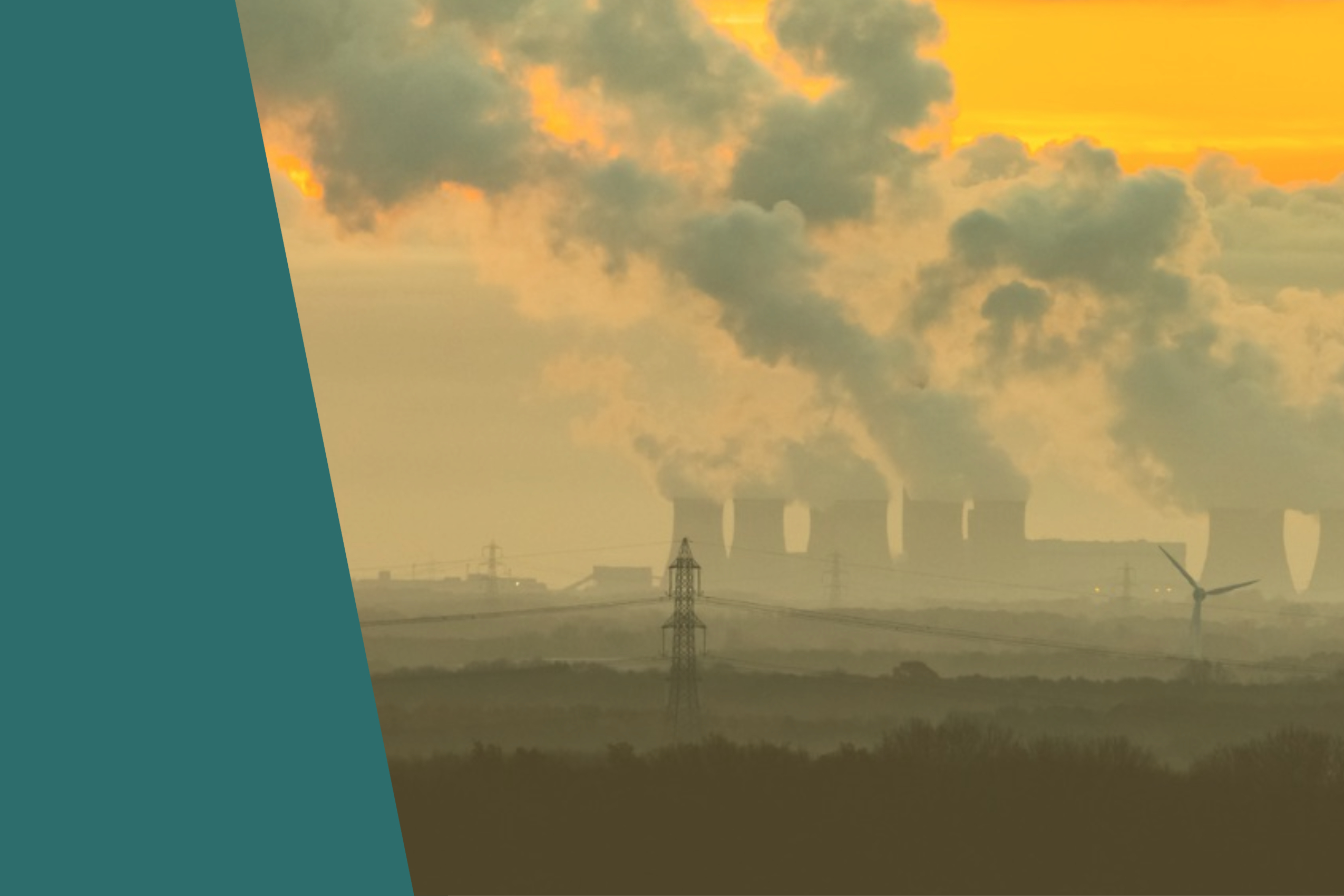 Carbon Capture and Storage: decarbonising systems during the energy transition

Carbon capture is an important measure to reduce carbon emissions to the atmosphere by capturing CO₂, and either utilizing it or storing it several kilometres underground. Carbon capture has existed for many years already, but at a relatively small scale. Our current global systems will continue to produce too much CO₂, and solutions to handle it elsewise must be considered.

We frequently talk about the 1.5°C global temperature rise threshold – but where does this come from, and where does carbon fit into this conversation?

Over the past 800,000 years atmospheric carbon dioxide (CO₂) levels have varied, but only within the past few centuries since the industrial revolution have we seen CO₂ levels above 300 parts per million (ppm), and currently well above 400ppm. The human-caused origin (anthropogenic) of the measured increase in atmospheric concentrations of CO₂ is a cornerstone of predictions of future temperature rises.

The Intergovernmental Panel on Climate Change (IPCC), is the UN’s governing body to help establish policy for climate change, established this 1.5°C threshold to build political consensus around a defined temperature unit. This temperature threshold is understood to be a function of greenhouse gas (GHG) emissions, of which carbon dioxide is a major contributor.  Carbon dioxide has the highest global warming potential (GWP) of the greenhouse gases and when added to the atmosphere will remain for sometime between 300 to 1,000 years. All this time, it will be contributing to trapping heat and warming the atmosphere.

It is predicted that exceeding the 1.5°C threshold will contribute to worse heatwaves, drought and flooding, thawing polar ice caps and rising sea levels. This will have a tremendous effect on global systems, with devastating consequences for biodiversity and our ability to sustain current production of food globally.

The IPCC have released reports citing, "overshoot", meaning that in many scenarios they expect temperatures to go beyond 1.5 but they believe that CO₂ sequestration can mitigate this risk. Notwithstanding, some experts believe that there are considerable risks to this approach.

So what can we do to reduce CO₂ emissions?

To achieve this 1.5°C target, greenhouse gases, including CO₂ emissions require urgent reduction, with emissions close to zero by the mid-century. This requires swift and unprecedented action from businesses, NGOs, academia and governmental bodies in the next decades, forging new markets with new infrastructure, and new, innovative technology.

New infrastructure technologies to mitigate climate change should also be fabricated with a low carbon profile - as the construction of traditional jetties for the purposes of CO₂ distribution is not only resource and time intensive, but can adversely affect marine and terrestrial ecosystems, communities, and contribute to increased waste and pollution.

What is Carbon Capture?

Carbon capture is a broad term to apply to the reduction of CO₂ emissions in the atmosphere, with a variety of technologies and applications.

Carbon capture is an important measure to reduce carbon emissions to the atmosphere by capturing CO₂, and either utilizing it or storing it several kilometers underground. Carbon capture has existed for many years already, but at a relatively small scale. Our current global systems will continue to produce too much CO₂, and solutions to handle it elsewise must be considered.

Between sectors, options for CO₂ mitigation vary. For some processes, such as cement production and waste incineration with heat recovery, few mitigation options for deep emission reductions beyond carbon capture are identified, due to the nature of their processes (calcination processes for cement or incineration of waste).

CCU is a broad term that covers all established and innovative industrial processes that aim at capturing CO₂ – either from industrial  sources or directly from the air – and at transforming the captured CO₂ into a variety of value-added products such as synthetic fuels, chemicals, enhanced oil recovery and building materials.

Other terms such as CO₂ transformation, CO₂ conversion, CO₂ recycling, CO₂ valorization, or CO₂ upcycling are used to describe CCU. Carbon is integral to many products we use every day, and CCU is receiving increasing interest, partly due to climate change considerations and because using CO₂ as a feedstock can result in a cheaper or cleaner production process compared with using conventional hydrocarbons.

CCS is CO₂ capture, transport and storage; the CO₂ released by industrial plants is captured by separating it from other gases, then liquefied and/or compressed and transported by pipeline or by ship to the storage site. This may be the lithosphere, by geological sequestration into reservoirs such as saline aquifers or depleted oil and gas reservoirs, or by mineralization into rocks; the biosphere, in trees, soils and the human-built environment; or the hydrosphere, with storage in the deep oceans.

Carbon capture technologies are applied to industrial sites or power plants to capture CO₂ that would otherwise be released into the atmosphere.

The first carbon capture and storage projects underway in Norway with financing from the Norwegian government include Norcem and the joint Equinor/Shell/Total Northern Lights project exporting CO₂ in an offshore reservoir. These projects utilise technology and procedures from the existing commercial CO₂ distribution market and offshore energy sector. Therefore, the first vessels dedicated for carbon capture will be fitted with pressure tanks capable of handling 15 barg and -30 °C, such is standard in today’s CO₂ marine distribution industry.

However, in the future it is possible that vessels will adapt to optimum operating pressures closer to the triple point for CO₂ (-56 °C and 5.1 bar). Today’s vessels, with operating pressures around 15 bar, require heavy tanks (40mm-45mm wall thickness) which are expensive and difficult to manufacture. With lower pressures, one can allow for cheaper and lighter tank designs which can in turn reduce the CO₂ shipping cost.

There are two pathways for captured CO₂. The first is to feed the current and evolving commercial market that uses CO₂ in the manufacturing process of their end product (carbon utilization). The second is to remove the CO₂ from the value chain by permanently storing it in geological reservoirs (carbon storage). Both pathways will require an import facility with intermediate storage, if not already in place.

Today’s commercial market for carbon utilization will likely continue with small transport volumes and transport pressures in the vicinity of 15 barg with corresponding temperatures around -30 °C. The import to permanent storage facilities will follow the development of the carbon capture industry and will need to accommodate a larger span of pressures and be able to adapt to the emerging market.

In countries where LNG, gas-based power generation and fuel production is likely to retain an important role due to available and suitable infrastructure or abundant domestic resources, including carbon capture in the portfolio of technology options can reduce the total cost of power system transformation, compared to renewable power.

An IEA 2019 report that targeted regional studies found that the cost of decarbonizing the UK power system would be about 50% higher if carbon capture was not available. In Poland it would be 2.5 times higher, and in New South Wales in Australia it would be twice as high.

Similarly, blue hydrogen, or hydrogen produced with “blue” feedstocks such as natural gas and coal, set the low-cost benchmarks for low-carbon storable energy commodities. For production facilities that use blue feedstocks, carbon capture can enable the carbon-free production of ammonia and hydrogen, as well as enabling zero emissions from existing LNG powered plants.

In areas where the geology suitable for underground storage is not available, new infrastructure is required to transport the captured CO₂ for utilization or storage elsewhere. Traditional CO₂ import and export shipping methods need to be substituted for smart and flexible infrastructure for profitable carbon capture projects.

For some clients, especially industrial sites looking towards capturing and temporarily storing CO₂  for export, space restriction can be a barrier. In such instances the use of ECONNECT Energy’s storage barge connected by the IQuay transfer system will be a key enabler as pairing the IQuay with floating storage tanks allows for increased flexibility.

The IQuay jettyess solution can be scaled according to a project’s need, enabling the carbon capture and utilisation value chain. Benefits include:

This article was Co-written by Stian T. Magnusson and Danielle Murphy-Cannella

Engineering and Technology, “High carbon price should be set to minimise use of capture options, study finds” (2021). Accessed from: https://eandt.theiet.org/content/articles/2021/04/high-carbon-price-should-be-set-to-minimise-use-of-carbon-capture-study-finds/

Reuters Sustainable Business, “Is this breakthrough moment for carbon capture and storage?” (2021). Accessed from: https://www.reutersevents.com/sustainability/breakthrough-moment-carbon-capture-and-storage

Our World in Data, “CO2 and Greenhouse Gas Emissions,” (2020). Accessed from: https://ourworldindata.org/co2-and-other-greenhouse-gas-emissions

Our World in Data, “Emissions by Sector.” Accessed from: https://ourworldindata.org/emissions-by-sector 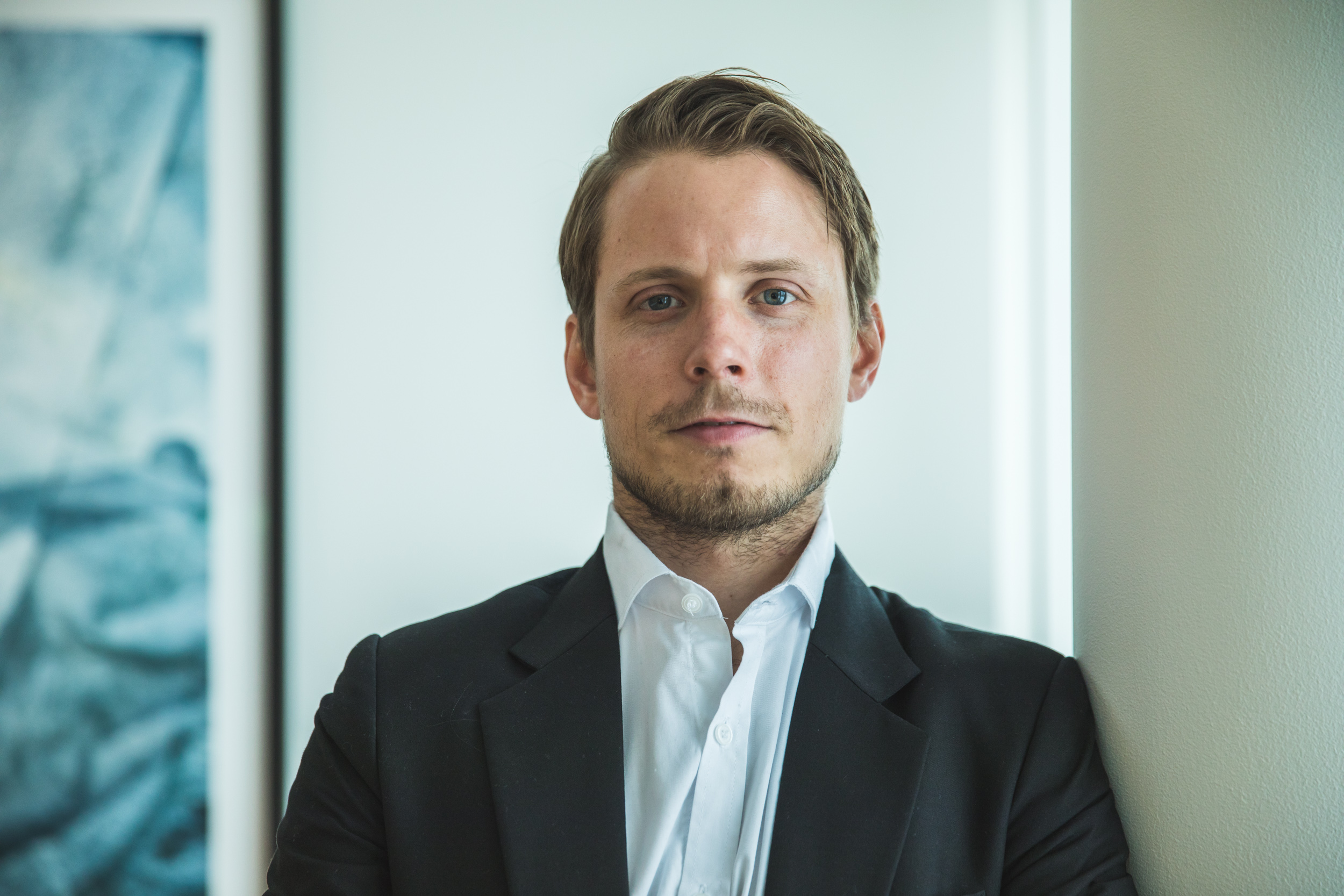 Chief Innovation Officer
Visit at
LinkedIn
Stian is ECONENCT Energy’s Chief Innovation Officer and co-founder. His passion for technology development and innovation can be backed by the multiple patents to his name and he is continuously improving the technology and ensuring technical superiority within the energy and maritime industries through development schemes and prototype development. Stian also operates as Technical Manager for engineering studies, allowing customers to gain full access to his team’s key domain expertise. 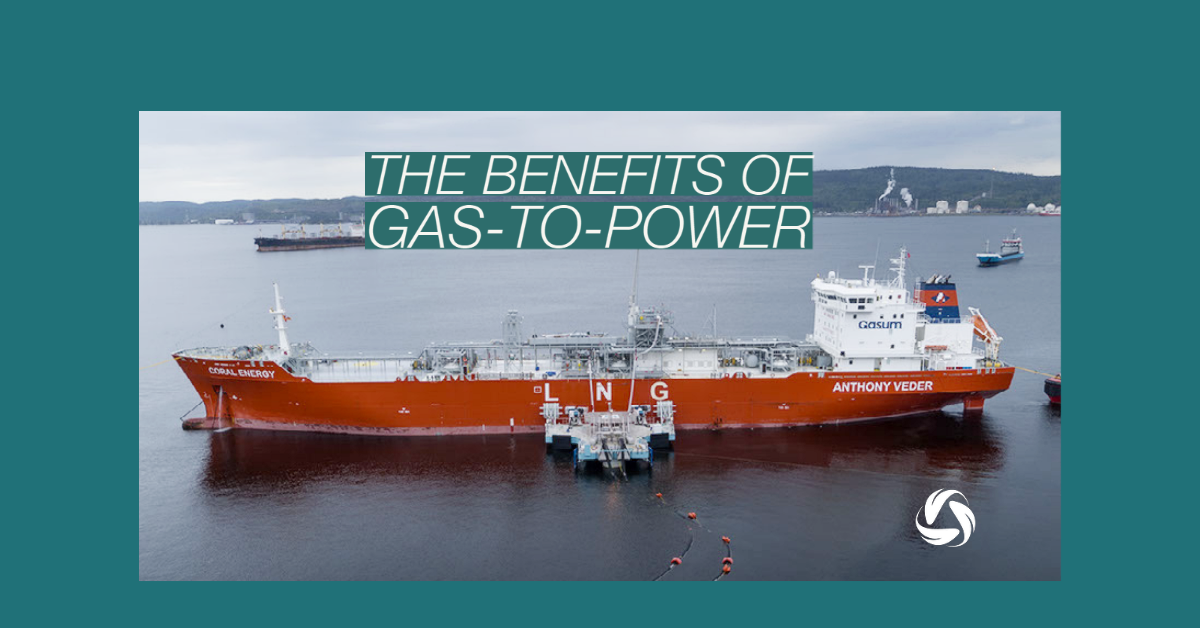